Whakanui was a cultural event in which I was in the Africa group. We were assigned to create a text about one of the royal weddings in the region given to us. My text type was a facebook post and I was addressing the royal wedding of the king and queen of Morocco. We were supposed to analyze and explain our text to the audience. This event was an opportunity for me to learn about different cultures from around the world and I thoroughly enjoyed it. 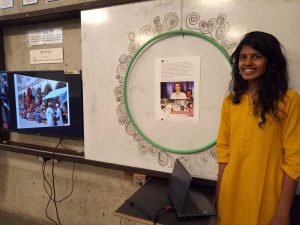 L2 – Demonstrate that challenges have been undertaken developing new skills

It was a new experience for me as I don’t usually post on Facebook, so I had to understand the text type first in order to write in that format. Another challenge was also that it was the first time that I had heard about the Royalty of Morocco, so I had to be thorough with my research before I began to write. I looked through a lot of Facebook post to get an understanding of what to write, and how much to write. Getting to know the basic format made it easier for me to analyze my writing and identify the necessary conventions of my text. We researched the King and Queen’s wedding as a group, which made the process much more efficient.

I usually don’t find it very difficult to work in a group as I am willing to listen to others’ inputs as well as put up my points well during group discussions. We were a group of 7 and different text types were divided and assigned to the members of the group. I was able to complete my given task of making a facebook post well on time. I contributed not only by finishing my task but also helping a few of my teammates. I  helped them out in some of their texts which lead to the completion of some of our work before time, which was very beneficial to us. There were hardly any issues or fights in our team. We worked cooperatively and as a team, which made our event successful.

L1- Identify own strengths and develop areas of growth.

I did a good job of writing the facebook post with by implementing an appropriate format. I was also able to exhibit my ideas clearly on the day of the presentation which gained me some appreciation from the audience. However, my research skills could have been better as most of us found very similar information which could have been avoided with better research.