LO – 1 Identify own strengths and develop areas for growth

I was able to identify my strengths and weakness during our tournament from tip to toe. My strength was that I was able to communicate well during our CAS project, communicate like spreading awareness about the tournament from word of mouth, informing players about their timing, talking with our team members, informing with our teachers and teammates. My weakness during the project was that I wasn’t able to solve the problem that we faced like getting a referee for the match which we got at last moment, we also had to extend our time due to people coming late, etc. Once identified our strength and weakness it becomes easy to slove furthermore upcoming obstacles. So since we were 3 partners we mutually decided and distributed our work upon our strength that we own, which become easy for me as well because one of my partners was able to manipulate such situation easily.

LO – 2 Demonstrate that challenges have been undertaken, developing new skills in the process

Some of the challenges that I faced was getting our sponsors since we were going a little over budget sponsors were required to sort this problem. Many of the people weren’t willing to give us the money that we asked for, We got rejected 2 times from the people that we met. But the only solution to this problem was through communicating well in front of them and persuade them to give us the sponsorship. Since communication was one of my strength, my partner and I persuaded 7-8 firms for giving us the for our tournament. Watching my friends solving problems at last moments and that too very calmy was something that I learned. Problems solving will help me in future in every possible means, in my business, if conducting something like this again,   other CAS activity. It’s also necessary to develop new skills because it gives you benefits in one or other way, it makes things easy and simple, and also chances of difficulties uprising decreases.

LO – 3 Demonstrate how to initiate and plan a CAS experience

First things in our project were about getting awareness about our project since one of my friends already organized a cricket tournament 2 weeks ago for their CAS project. It became difficult to get attention for our project. Organizing things during the tournament was quite a difficult job, the most important thing to organize was about timing for the project. Thought planning was very easy by implementing that plan was very difficult. Planning can not always give you benefit but yes it does as well. Since time is unpredictable even if we made plans it wouldn’t have worked, but the rest things like making a schedule for the tournament, booking the turf ground before a week and making payment for it as well. Planning makes things flow continuous and makes it accessible as well.

LO – 4 Show commitment to and perseverance in CAS experiences

Commitment and perseverance were very important in making this project to a success. We had to commit a few things to our player’s, teachers and team partners to make it fair and do an ethical work, I also made sure that I don’t lie or cheat someone regarding cash: taking an equal amount of money form players for the entry fees, paying winners the money that was decided etc.  Perseverance also played important role in my learning, it helped me in organizing my things and let the even happen in a proper manner. Committing things is definitely not easy until to follow them and so is your dedication and perseverance towards what you do.

For me working together is easy as well difficult due to numerous reasons. Easy because we make a weakness in strength and also can sharing and suggest different learning to each other. Difficult because there were some points where we won’t agree with each other and also may have a different way of working of one member used to do things at last moments where I usually do things as soon as they are done it’s always beneficial for me. I possed leadership skills by which I used to do my things on time and used to tell my other 2 partners to do on time as well, also giving instruction to the volunteers that came during our tournament. Working collaboratively won’t make things stop even if one of the team isn’t able to manage things we have other 2 who can do it, we came with a different solution to any problem that used to arise cause we had a different opinion and hence we used to take the one which is best suited. Due to working collaboratively time consumption became less.

LO – 7 Recognize and consider the ethics of choices and actions

Ethics a very important task in any business, project or service that you provide to people. We committed yourself to be ethical in every possible way during our project. We had to be ethical with all teams and players through taking in entry fees as well as equal time was given to playing the team so that the tournament goes fair. I still feel working ethically so that it minimizes the problems like if we would have cheated our friends by taking less money from them and more from others, later when they will realize it they will feel bad and so will we also we might find problem calculating the cost and expenses.

All over it was really great experience conducting such tournament. It was a very fun and enjoyable moment that all the player shared with each other, there was fairness among them and spirit to play such sport. One thing that I learned from this tournament was time management since it was the biggest challenge due to which we had to go over budget and had to increase our costs. So yes time management is something that I learned from this project. At last, our project was a success we made enough profit that can be donated to charity. 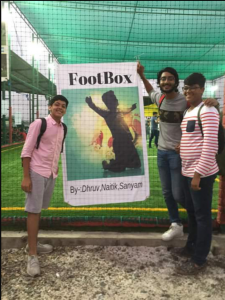 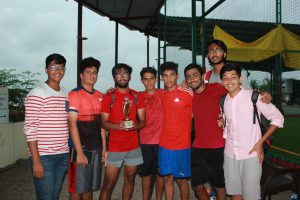 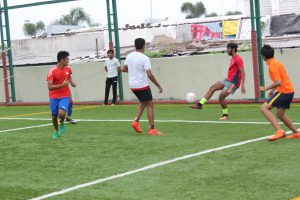