Monsoon music was a literary event, held at our school. This event was characterized with a variety of people from a variety of backgrounds coming out in the public eye to showcase their inner artist in front of an audience which composed of students from our school, their parents, their grandparents,teachers and other faculty. The main feature of this entire event was the fact that it was totally student-led event. Students had to work from the coordinators to the working staff, along with the event we also thought to provide a cafe which was also operated by the students. This cafe offered food and drinks at absolutely no price; satisfied customers could dole out any sum of money they deemed fit. Therefore we named it as‘Seva Cafe’, was the event where I happened to work at, and I truly felt that I took back a lot of experience. I shall now elaborate the learning outcomes and justify them–

Learning outcome 2 – Demonstrate that challenges have been undertaken, developing new skills in the process

Every activity and service comes with a problem and challenges. Similarly during this event I faced few challenges, which I think was a must since this was an event where everything was supposed to be done by the students itself without gaining help from teachers. Gaining challenges helps to reduce future problems as we seek to find solution independently and wisely. During the seva cafe there were times where I was handling more than 1 task of preparing the food serving the audience and also bringing equipment for the same and everything was happening in rush. However I tried to work multitasking while completing and preparing a food item I also used to quickly go and serve that food and drinks to the audience instead of waiting there. This helped to improve my skills of multitasking where I was then able to work on more than 1 thing at a time. This skills would also help me in my academics during submitting my internal assessments and also working for other subject during exams.

Learning outcome 4 – Show commitment to and perseverance in CAS experiences

While serving those drinks and food items i used to thinking that we all were working so hard making those food and drinks and we were not even paid for it, sometimes the audience used leave food uneaten which used to make me disappointed and felt like not working anymore. There’s when I realized that whatever we are doing is for a good cause and I thought of committing to my work and showing my perseverance towards my job effectively. After all I was able to smile on the faces on the audience which were are customers. This made me felt very happy and gave me commitment towards working productively during the entire event.

During this event we were divided in groups of 2-3 member so that one could prepare, one could serve and one how used to bring all the equipment for the same. However working in a group became a challenging to handle since my members were not motivated to do this job since it became boring standing and serving the entire event. Hence I decided to shift our roles time to time so that one could take a rest and then another could. This method helped your group member to working motivated and productively throughout the event serving food with a smile on their faces. Due to this I was able to see a leadership skills getting developed within me where i was taking decisions and kept my team member motivated during the entire event was happening. 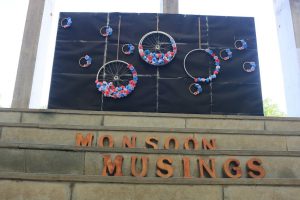 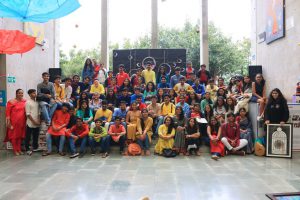 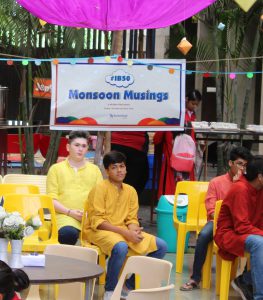 In the end, the entire experience was excellent. I was very satisfied, having done something good for both people I know. As mentioned before, I took back a huge load of experience and am thankful to all my friends and team members who supported each other during the event and for  working at such an event constructively, and I will definitely not hesitate from taking part in another such wonderful event.