I enjoy participating in Model United Nations(MUN) as a delegate, but my experience this time was different as I was a Co-chair for the Ad-hoc committee. I had to work alongside my chair(Nishu Patodia) for preparing the Study guide, planning the intended flow of debate, discussing the awards, and be proactive and take his place when he was not present in the debate. I used the learner profile of being a communicator, and open-minded. As throughout the debate I had to send my message across and had to consider the opinions(some of which I didn’t agree to, but had to accept) of delegates from different countries.

L1.Identify own strengths and develop areas for growth

I realized that I was not being proactive in approaching the other members on the Executive Board, and thus felt left out and missed on a lot of important notifications. I have now taken into consideration this point, and will proactively approach others. the huge advantage, that I had was Coming up with good points and creative challenges for the delegates.

L2. Demonstrate that challenges have been undertaken, developing new skills

I have been going to MUNs since the 7th grade, but this was the first time I was being the part of its Executive Board(which consisted of people elder to me). It was during the debates, that I realized the importance of listening skills. I had to pay attention to every speech and mark it for the evaluation of the final winner, at the same time handle the flow  and focus of the debate, and to read the constant stream of messages from the delegates and Core committee.

As has been mentioned, I worked alongside the Chairperson of the ad-hoc committee. We worked on preparing the study guide, and the intended path of the debate together. Nishu was about to complete his college and had started his own business, I had to manage a time where we could meet. It was great learning from him and to coordinate with him for the month that we spent in planning.

The debate for the Ad-hoc committee was based on Human rights in the Balochistan region of Pakistan. The deabte contained elements where we recognized the problems going on in that region, and then I pivoted the entire debate towards the actions UN can take to ensure the human rights are enforced. 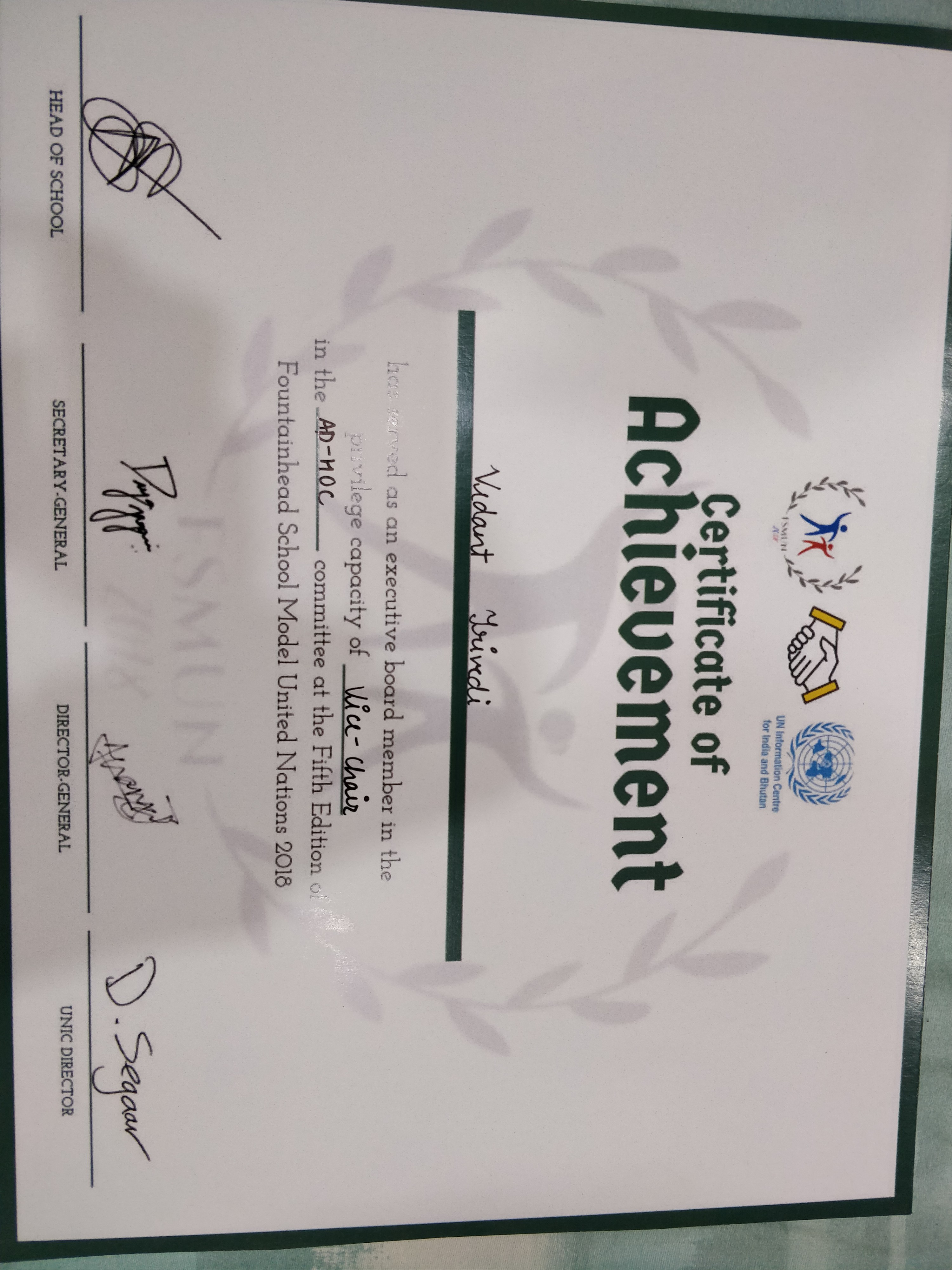